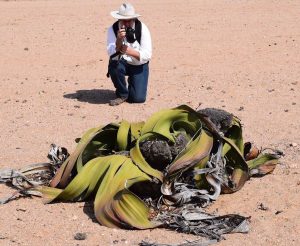 Succulents come in many different varieties and are as varied as the places in which they grow. In this presentation, Peter Beiersdorfer will introduce succulent plants from locations around the world, including regions that are rarely thought of as being home to succulent plants. Among these locations he will discuss plants from the Rhine Valley of Germany, the Swiss Alps, the Skeleton Coast of Namibia, the highest mountain of Spain, the badlands of Argentina, and islands off the coast of North Carolina. Each region has its own specialty, such as aeonium forests, Welwitschia rivers, creepy cacti, wildflower meadows, flowering fireworks of winter-growing bulbs, and the world’s largest quiver tree forest (Aloidendron dichotomum aka Aloe dichotoma). The talk is a smorgasbord for lovers of succulents. 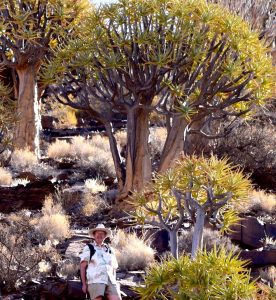 Peter has been growing succulents in Livermore for more than 25 years. The collection in his backyard now encompasses several thousand plant species and varieties, and he propagates plants from seeds and cuttings, including mesembs, bulbs, and cacti. In the fall and winter, he travels to explore and photograph the succulent flora in habitat around the world, including Chile, Mexico, Brazil, Argentina, Namibia, South Africa, various Caribbean Islands, and the Mediterranean Coast. He is a contributor to the shows and sales of five cactus and succulents clubs in northern California, including SFSCS, and has served as the sales chair of the spring and fall sale of the Cactus and Succulent Society of San Jose for the past ten years.

Peter will also be this month’s featured grower.

For this month’s Show & Tell table, we will feature we will feature Sedum on the succulent side and Coryphantha and Escobaria on the cactus side, and anything else looking good to share.